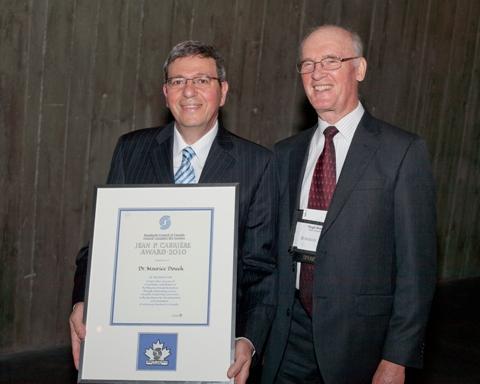 Maurice Douek holds a Ph.D. in Chemistry from McGill University. He joined Paprican (Pulp and Paper Research Institute of Canada, currently FPInnovations) in 1975 where he held several positions until his retirement in 2009, the most recent one as Program Manager, Analytical Services and Standards. During his professional career, he published 35 papers in the areas of deposit control, paper recycling, and analytical methods for the pulp and paper industry, and has developed several National and International Standards in various areas including organohalogens in pulp and wastewaters, ions in process liquors and effluents, and pulp extractives. Since 2002, he has been serving as Chairman of the Canadian Advisory Committee to ISO/TC6 (Pulp, Paper, and Board) and is also an expert member within ISO/TC238 (Solid Biofuels). He is currently working as Consultant on a joint project with FPInnovations and FPAC (Forest Products Association of Canada) on “Addressing the Standards and Regulations Issues on Biofuels, Biomaterials, and Green Products.”