Canada expands its international leadership with election to ISO Council

Canada’s interests will be strongly represented at the International Organization for Standardization (ISO) with the election of SCC CEO Chantal Guay to ISO Council, the organization’s governance body. This means that Canada is even better-positioned to lead on the international standardization stage.

As a Council Member, Ms. Guay is joining a table which includes leaders from 19 other member bodies as well as ISO Officers and the chairs of ISO’s policy development committees. She is the first woman to both lead SCC and represent Canada at ISO.

“By winning a seat at ISO Council, Canadians can have full confidence that I will represent our country’s interest on critical issues such as supporting trade, boosting innovation and responding proactively to borderless challenges like climate change,” said Ms. Guay. “And by electing me, my counterparts around the world have showed that they trust I will work tirelessly to advance ISO priorities such as our engagement with regional standards bodies, innovation in standards use and development, and advancing standardization.” 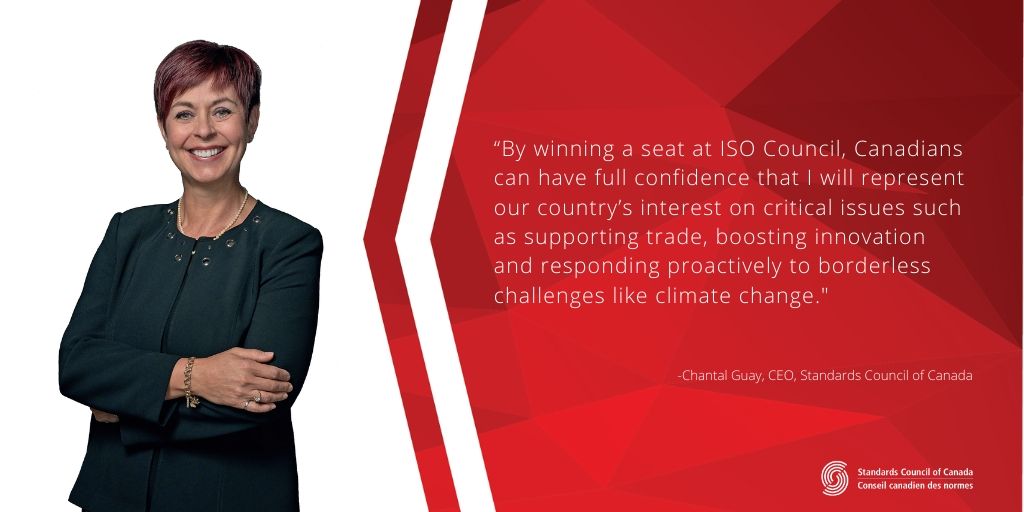 The election took place this fall in Cape Town, South Africa, during the annual meeting of ISO’s General Assembly. Council members serve two-year terms and are selected by ISO members from the pool of candidates put forward by national standards bodies.

With Ms. Guay’s recent election, Canada now has a voice on both ISO Council and the ISO Technical Management Board, which is responsible for the general management of technical committees that set international standards across industries. Mkabi Walcott, SCC Vice-President of Standards and International Relations, was elected to that role in 2018.