With the National Arts Centre’s Le Salon serving as the creative, unique backdrop, the Standards Council of Canada (SCC) honoured some of Canada’s top standardization individuals on October 15, during its 2014 SCC Awards/World Standards Day (WSD) event. A keynote presentation from the Canadian Federation of Independent Business (CFIB), on strategies for developing standards that benefit smaller businesses, was also spotlighted.

With a packed house of about 100, the afternoon networking event was held under the international WSD theme, Standards level the playing field. (View event images. Event presentations still to come.)

“SCC oversees Canadian participation in more than 450 international committees through our membership in the International Organization of Standardization (ISO) and the IEC,” said SCC’s Chief Executive Officer, John Walter. “We are constantly in search of top subject matter experts to sit on these committees – to ensure that the best interests of Canadian industries and citizens are taken into account in the development of standards.” 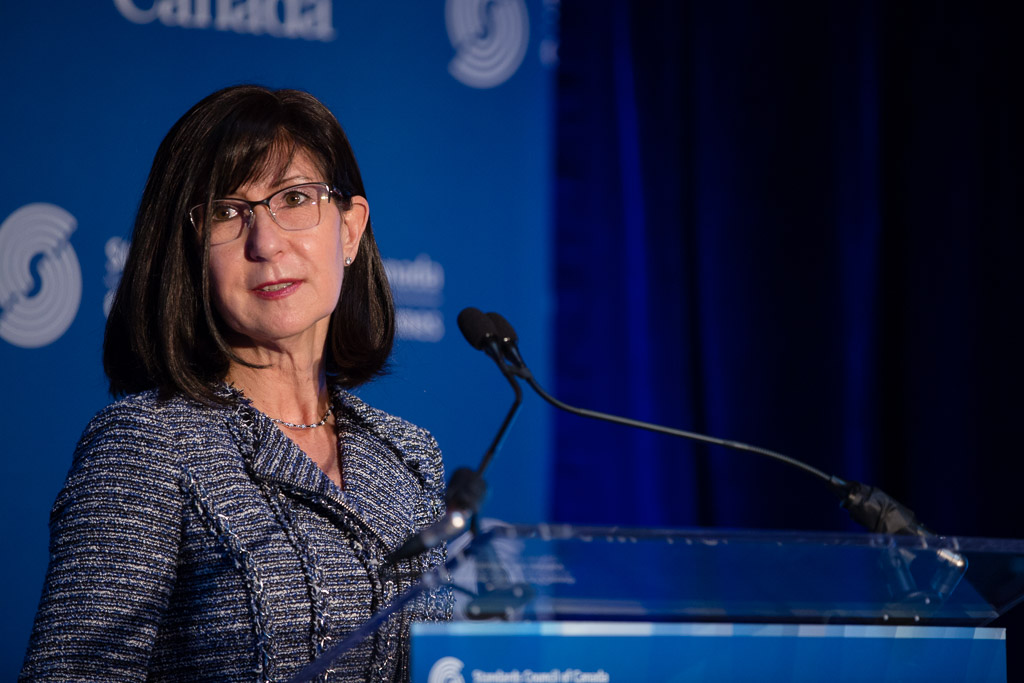 During the event, close to 100 participants obtained a snapshot of SCC’s strategic direction. SCC’s Chair, Kathy Milsom, said, “We are driving forward in new and innovative ways, to deliver optimal results.”

View more images from this event

Several of those top subject matter experts were announced by Mr. Walter, together with SCC’s Chair, Kathy Milsom, as the recipients of SCC’s biennial awards:

The award winners were nominated from among a pool of more than 2,000 Canadian volunteers who sit on ISO and IEC committees.

In addition, the IEC 1906 Award was handed out to three exceptional Canadians, for undertaking work fundamental to the IEC or for a recent achievement or project that advances the IEC’s work. Garnering the award were Mike Smith of Rockwell Automation, recognized for his work with IEC TC 121; Jean Goulet of Hydro-Québec, for his work on IEC TC 57; and Danny A. Burggraeve of BC Hydro, for his work on the joint ISO/IEC working group on vibrations in hydraulic machinery.

The IEC 1906 Award was handed out to three exceptional Canadians, for undertaking work fundamental to or that advances the IEC’s work

During the event, Corinne Pohlmann, senior vice-president, national affairs for the CFIB, delivered a powerful talk on Engaging small business in the value of standards. The federation represents some 109,000 independent business members across Canada, most of which are smaller-sized businesses. 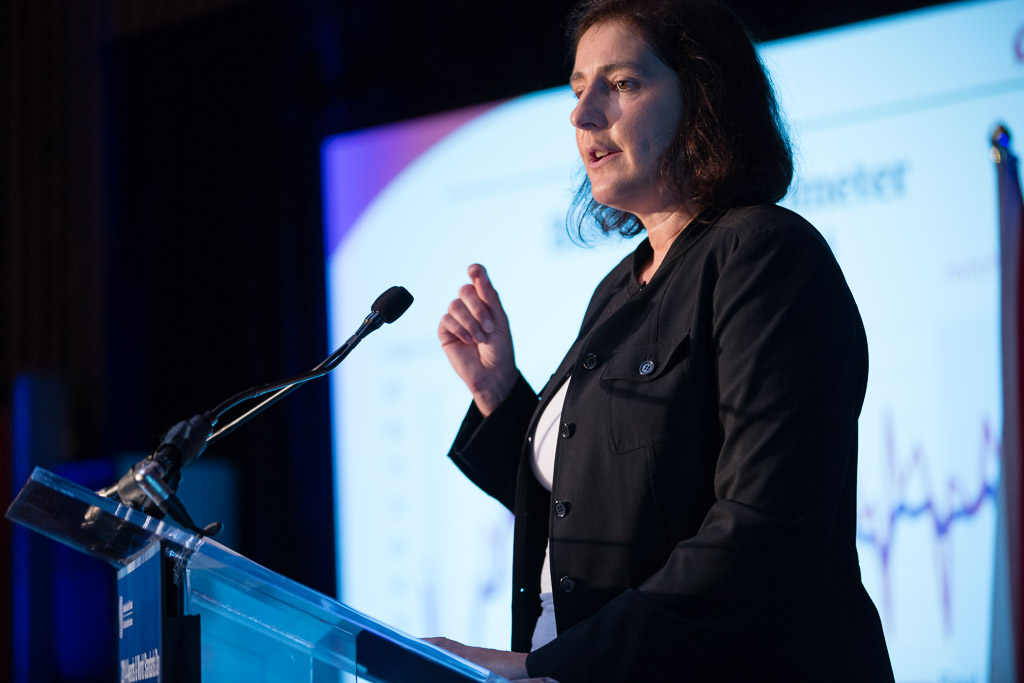 View more images from this event

Dealing with government regulations and paper burden is a significant issue for the CFIB’s members, said Corinne Pohlmann. When trading with the European Union (EU), she added, a key reason why many small- and medium-sized enterprises (SMEs) no longer buy or sell goods and/or services to that region is having to deal with different rules and standards in each EU country.

Participants also obtained a snapshot of SCC’s strategic direction during the event. Kathy Milsom said, “We are driving forward in new and innovative ways, to deliver optimal results.”

John Walter cited several ongoing SCC initiatives that support Canadians, including innovative standards that address the impact of climate change on Canada’s North. “SCC is also forging strong relationships with industries that contribute the most to Canada’s economy, including oil and gas, electrotechnical, and information technology – to demonstrate how standards can help support their priorities and improve their bottom line,” he said.

Since 2013, SCC has doubled, to eight, the number of standards development organizations it accredits, John Walter told attendees. The goal is to help align standards and open trade doors between Canada, the United States and other countries around the globe. “And to better protect Canadians’ health and safety, and modernize Canada’s standardization network, SCC is updating certain standards referenced in legislation – such as six standards related to storage tanks for flammable and combustible liquids.”

In addition, the organization is doing its part to remove barriers to cross-border trade with the United States through its work with the Canada-U.S. Regulatory Cooperation Council in reducing red tape for industry.

“SCC is also looking at how we can help break down barriers to trade within our own country – barriers that harm the national economy and hurt Canadian businesses, workers and consumers,” said Mr. Walter. He added that, domestically, the organization is working with its Provincial-Territorial Advisory Committee on opportunities for aligning standards.