President and General Manager, Canadian Institute of Plumbing and Heating 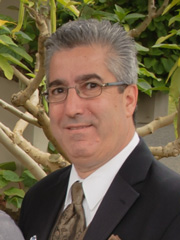 Ralph Suppa has played a key role in the development of Canadian Institute of Plumbing and Heating (CIPH) programs since joining the association in 1988. He has worked closely with industry members, associations and government over the past several years, to develop codes and standards. He was appointed President & General Manager in 2002.

A dedicated association executive, Suppa holds the Certified Association Executive (CAE) designation from the Canadian Society of Association Executives (CSAE) and is a graduate of York University in Toronto. He is also a Past President of the Trillium Chapter of CSAE. Most recently Ralph has been appointed to the Board of Directors of the National Association of Wholesaler Distributors (NAW) Institute for Distribution Excellence.

He is married to Susie and has two children Anthony (15) and Isabella (13).