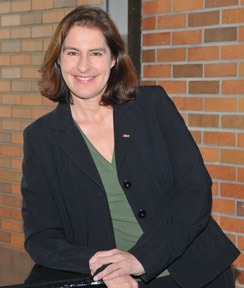 Since joining the Federation in 1998, Corinne first worked in research, where she authored several research reports on a variety of public policy and economic issues.  In 2000, Corinne became CFIB’s Director of Provincial Affairs for Alberta/NWT based in Edmonton and spent almost six years representing the interests of Alberta and NWT members to all levels of government. Corinne moved to Ottawa in 2006 to pursue her current position.

Corinne was born and raised in Montreal where she attended McGill University - graduating with both a Bachelor and a Masters Degree in Geography. Prior to joining CFIB, Corinne spent a few years in Ottawa with a national travel trade association, and as a college instructor, before moving to Toronto to start her career with CFIB.